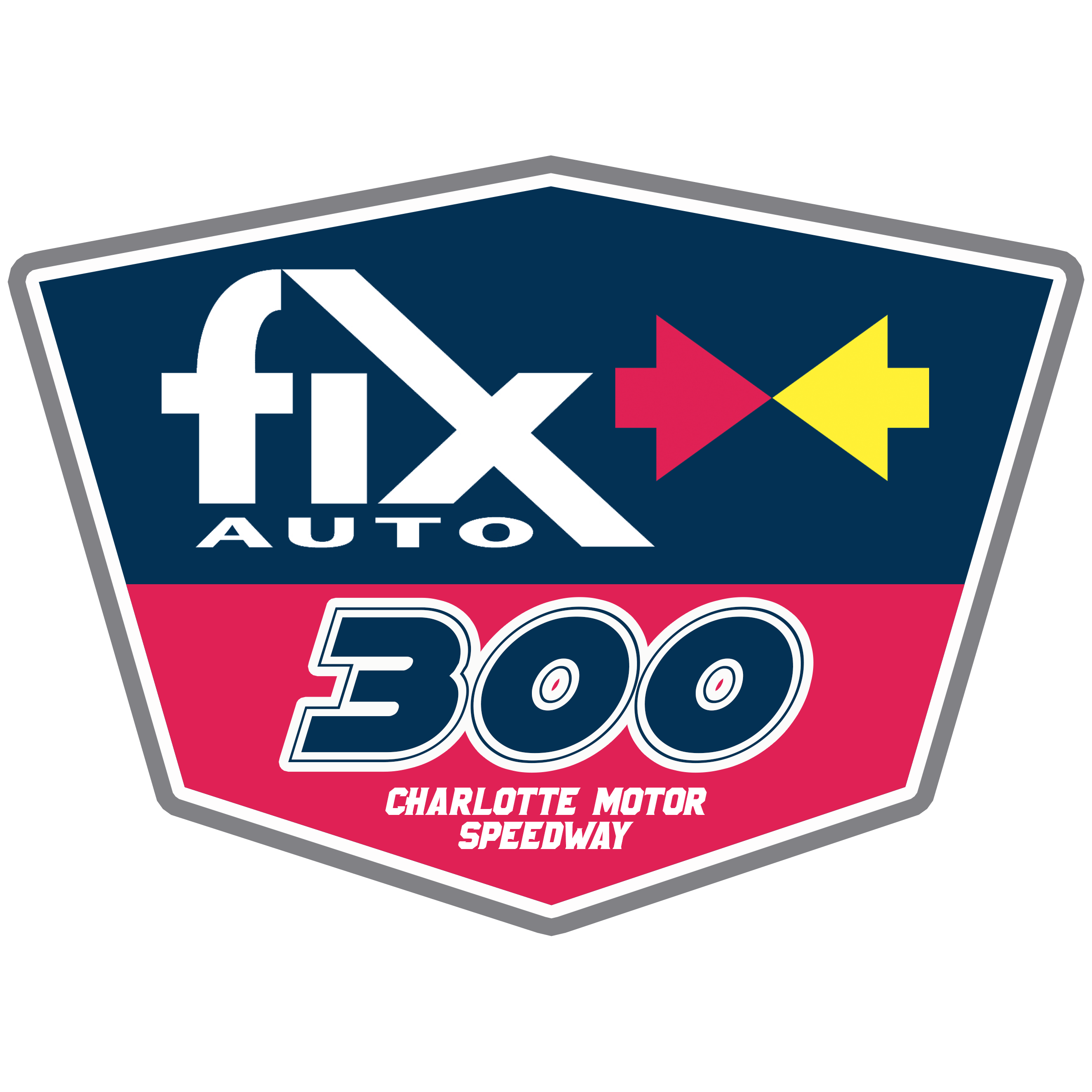 The Canadian eMotorsports Network NASCAR Series hosts its longest race of the season on Tuesday, the Fix Auto 300 at the Charlotte Motor Speedway. It also marks the halfway point in the 14-race regular season.

In total, the race will see 200 laps over four-stages on Tuesday around the 1.5-mile speedway.  In 2020, Darcy Ford (PEI, Canada, Atlantic Motorsports) claimed the victory.

While gaps have started to form in our playoff race, the final playoff position is being battled for closely.  Kevin Daigle (Ontario, Canada, True North Racin’) sits in 16th and holds a slight advantage over a trio of 519 E-Racing drivers, with Jason Butler (Ontario, Canada) four-points back, Andy Hertel (Ohio, USA) six-points back, and Jason MacQuarrie (PEI, Canada) seven-points back.

In the team standings, the battle between Midwest Elite E-Racing and Kobra Kai Racing is heating up as both teams are tied atop the standings with 645 points. Kobra Kai has been the hottest team in the series lately and we’ll have our eyes on all six drivers from these two teams to see if one can separate themselves from the other atop the standings.

Tuesday also marks the second of six Fix Auto Cup races this season.  Scott Bailey currently leads the standings with 58-points with Darcy Ford in second with 51-points.  The Fix Auto Cup is awarded to the driver that accumulates the most points in the six Fix Auto-sponsored races during the 2021 season.

On intermediate tracks this season, Jose Mercado (Florida, USA, Stars and Stripes Racing) has been the most effective driver with an average finish of 3.5 through two races (Kansas/Michigan).  Mike Marini has also been strong, averaging a 4.0 finish with Jonathan Peaden (Florida, USA, Kobra Kai Racing) averaging a 5.0 finish.

Watch the action unfold live on Tuesday, March 16 at 7:45pm eastern at www.facebook.com/eMotorsportsCAN.

Here is a look at the driver standings entering Tuesday’s Fix Auto 300. 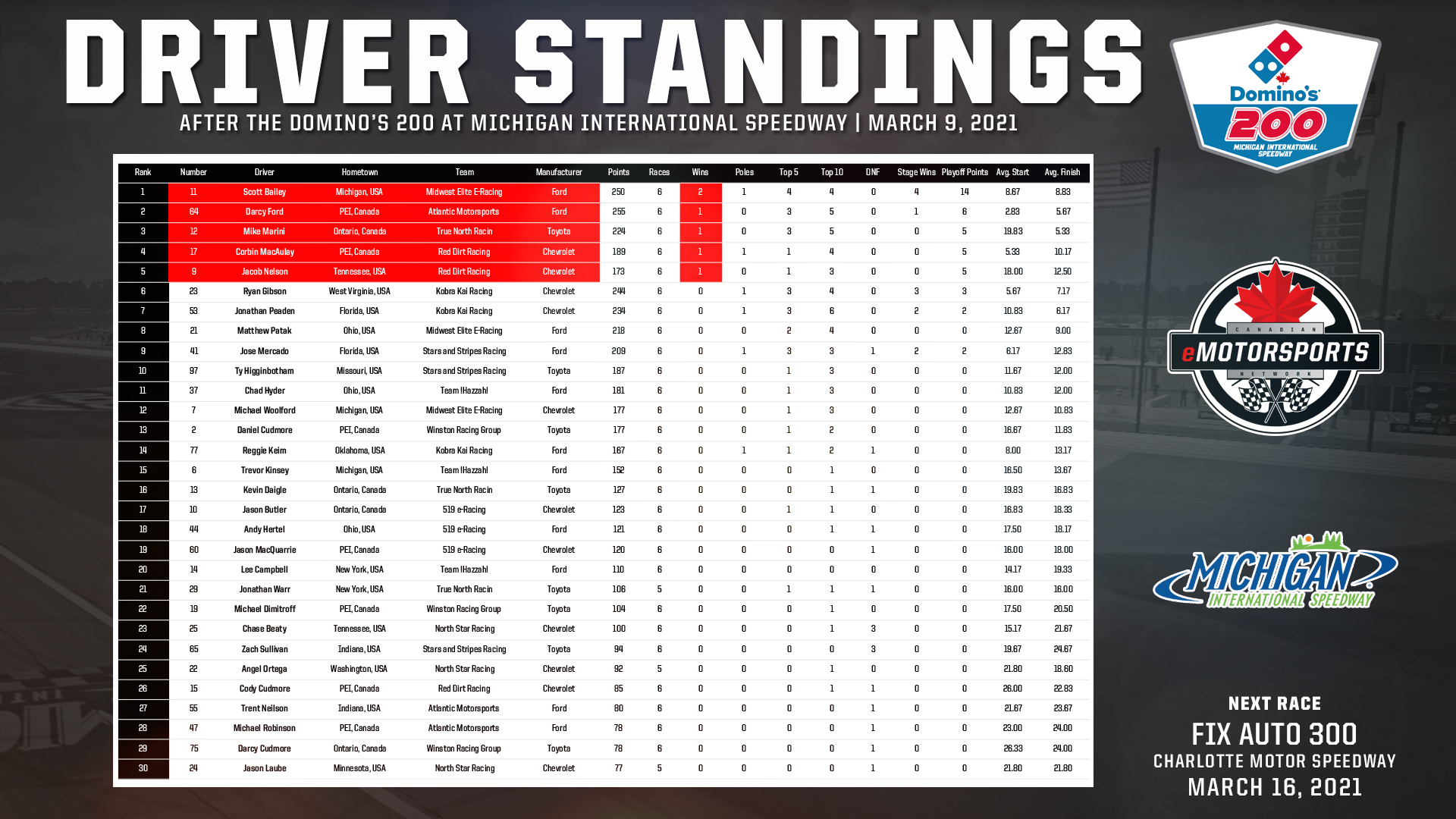 Here are the official team standings entering the race on Tuesday. 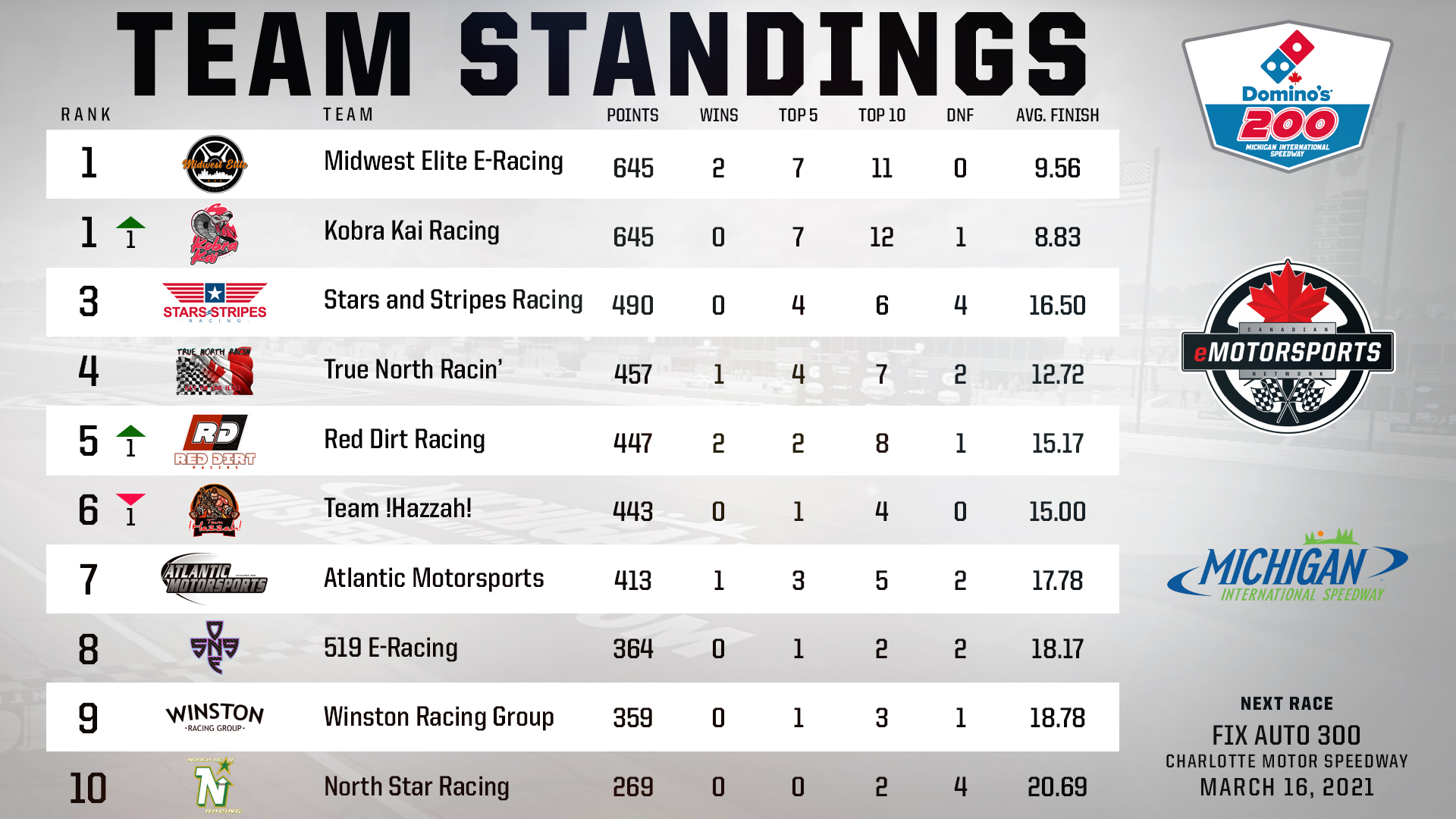 The Canadian eMotorsports Network competes using NASCAR Heat 5 on Playstation.  All drivers have qualified for the series through a variety of assessments and compete using high-end simulator equipment.