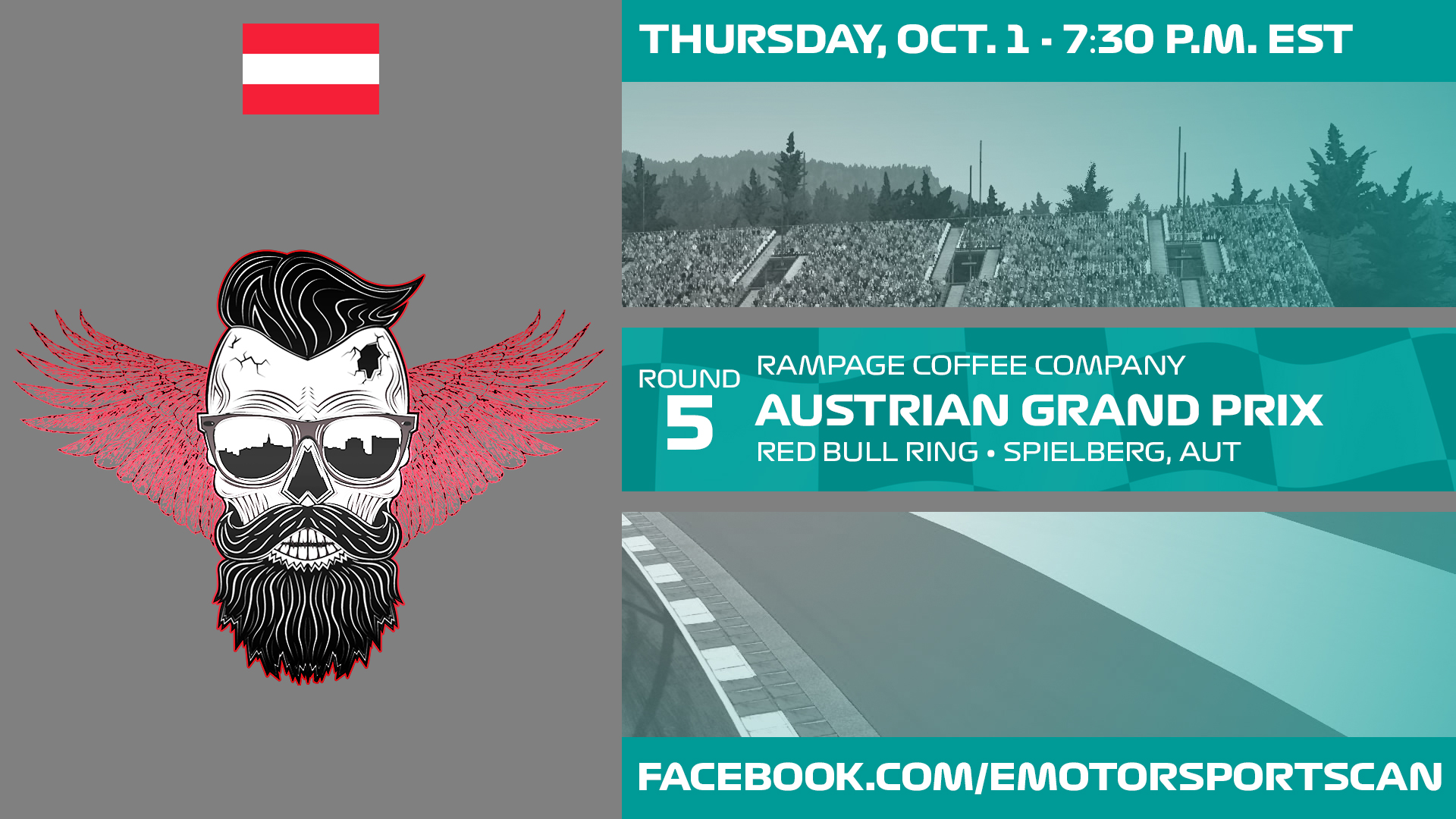 The Canadian eMotorsports Network Formula 1 Series has reached the quarter-mark, and the series is set to continue its European tour. The drivers are ready for their next challenge, as they will take on the Red Bull Ring for the fifth race of the season, the Rampage Coffee Co. Austrian Grand Prix.

The live broadcast will begin tonight at 7:30 p.m. EST with the pre-race show, which will also include live qualifying beginning at 7:40 p.m. EST, followed immediately by the race itself.

North Border also extended its lead in the constructors table with 90 points through four races, 24 clear of second-place Alpha Flow F1 Racing, the only team in the series to have both its cars finish in the points in every race this season.

Red Bull Ring is one of the shorter circuits in the Formula 1 Series at just 4.318 km in length, though there are plenty of elevation changes. The best overtaking opportunity on the circuit will come through the Niki Lauda Curve, the opening right-hander going uphill, leading into a lengthy uphill climb to Turn 2, also known as Remus.

From there, the first of two DRS zones opens up, affording another overtaking opportunity into Schlossgold, a sweeping right-hander. The circuit continues through Rauch and Wurth, a pair of left-handers, before getting back into the stadium section with Rindt, then finishing with the Red Bull Mobile right-hander to get back onto the start-finish straightaway, the second DRS zone on the circuit.

Here is a summary of the through the first quarter of the season. 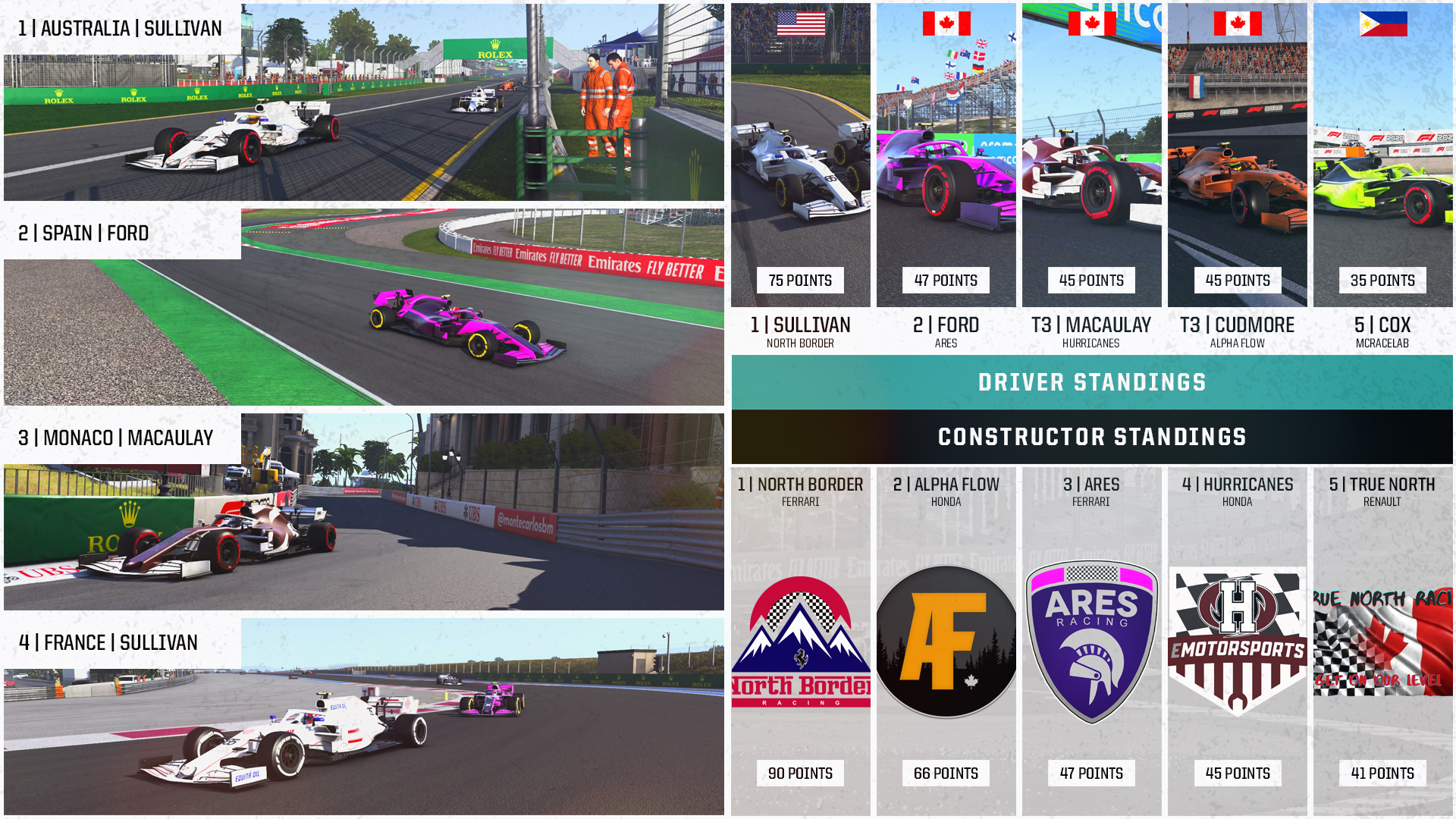 For more information on the Rampage Coffee Company, visit www.rampagecoffee.com.