Nelson breaks through with Domino’s 200 win in Michigan 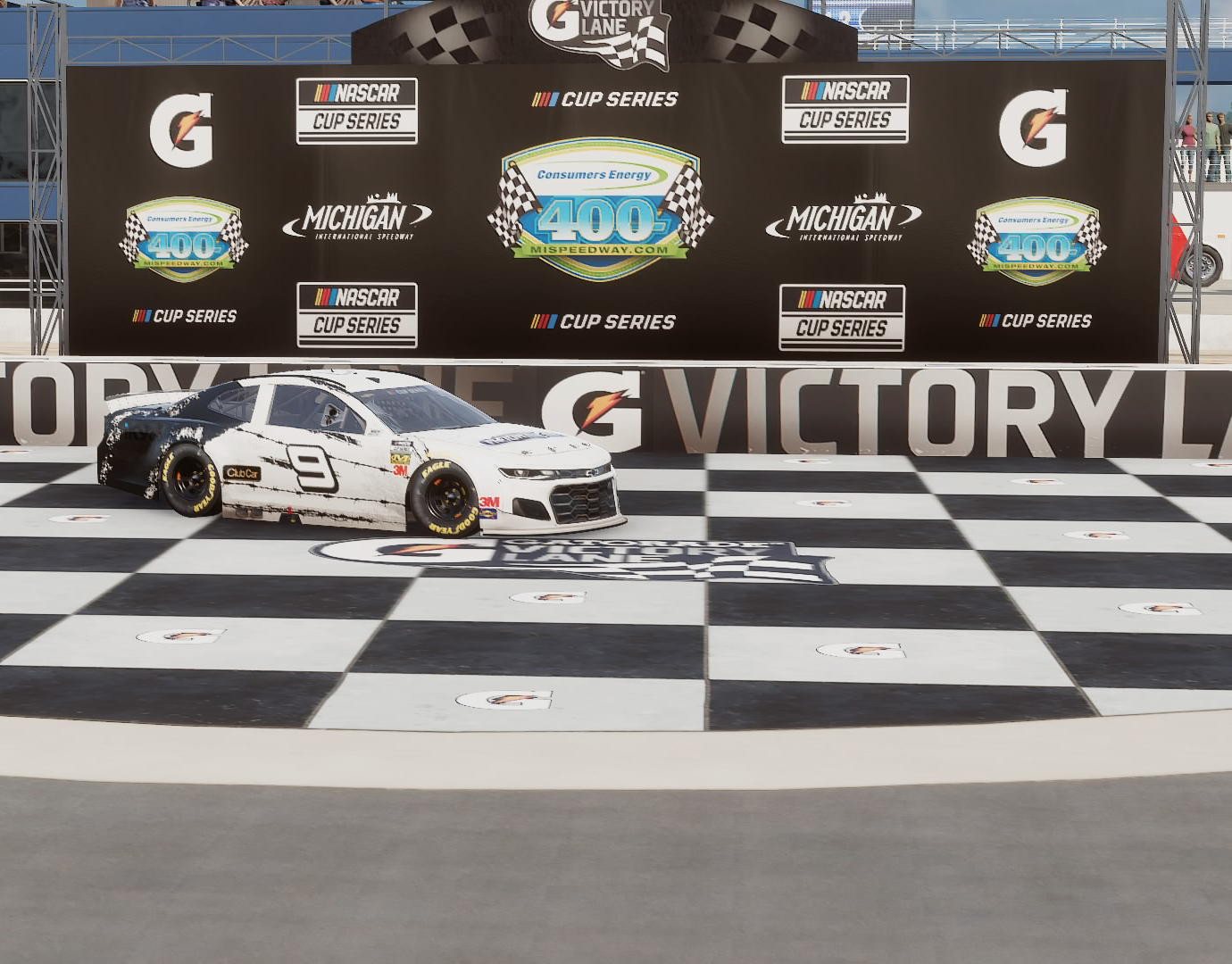 Jacob Nelson (Tennessee, USA, Red Dirt Racing) made a statement on Tuesday night by earning his first victory of the season in the Domino’s 200 at the Michigan International Speedway.

Nelson had otherwise struggled to begin the 2021 Canadian eMotorsports Network NASCAR Series season, registering finishes of 22nd, 21st, 11th, 10th and 10th in the opening five races.  His two previous career victories in the series came in 2020 when he won both Daytona stops on the calendar.

In the 100-lap race filled with cautions, Nelson outlasted the other 29-drivers in a lengthy green-flag run to complete the race; he had stage finishes of fourth and third.  Reggie Keim (Oklahoma, USA, Kobra Kai Racing) was the pole-sitter for the race.

Jonathan Peaden (Florida, USA) and Ryan Gibson (West Virginia, USA), both of Kobra Kai Racing, had earned the stage wins in the race.

With the victory, Nelson becomes the fifth driver to secure his spot in the playoffs; Nelson entered Tuesdays race in 15th position in the standings.

With Nelson moving up to fifth in the standings, he pushes most playoff contenders down a position, tightening the battle for the final playoff spots.  Kevin Daigle (Ontario, Canada, True North Racin’) currently holds the 16th and final playoff position, but the drivers from 16th through 19th are only separated by seven points.

In the team standings, Kobra Kai Racing has pulled even with Midwest Elite E-Racing atop the standings with 645 points in what has turned out to be a two-horse race.

The series will now focus on the final race before the All-Star break, the Fix Auto 300 at the Charlotte Motor Speedway.  This is the longest race on the schedule which will be comprised of four stages.

Here are the full results from Tuesday night at the Michigan International Speedway. 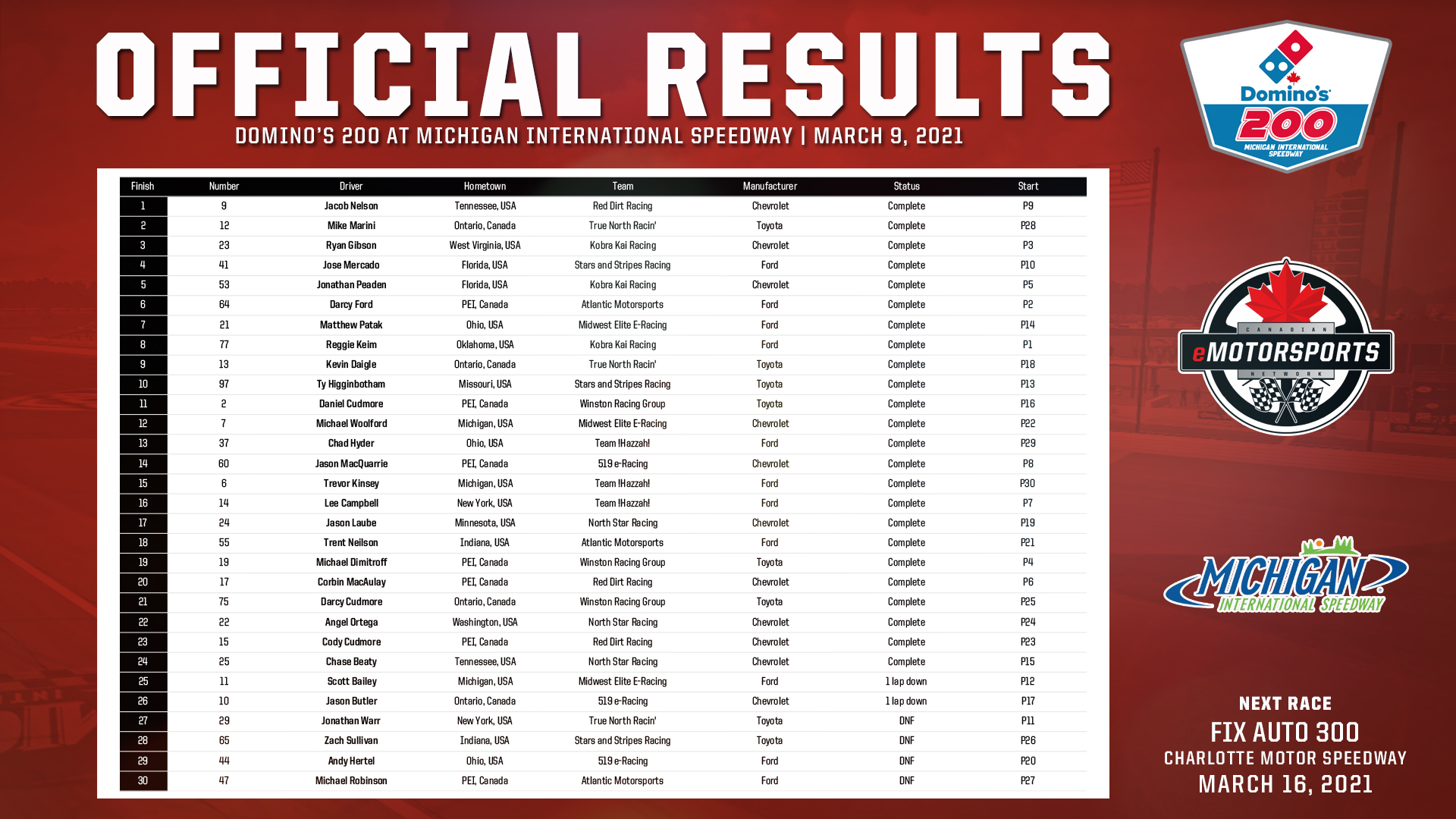 Here are the current team standings following the Domino’s 200 on Tuesday.