Corbin MacAulay has some new hardware to add to his collection.

The Hurricanes eMotorsports driver again put on a dominant showcase, leading wire-to-wire to claim the Taco Boyz Mexican Grand Prix for his ninth victory of the Canadian eMotorsports Network Formula 1 Series season, clinching the drivers’ championship in the process.

MacAulay made light work of the virtual Autodromo Hermanos Rodriguez, finishing 25.031 seconds clear of the MCRaceLab Honda of Mark Cox, while Michael Dimitroff took the final podium position in his Alpha Flow Honda.

Daniel Cudmore made it a strong night for Alpha Flow with a fourth-place finish, while Zach Sullivan, who still had a mathematical shot at the championship, rounded out the top five for North Border Racing Ferrari.

Cody Cudmore finished less than a second behind in sixth for Silver Hornet Racing Mercedes, while Jason Butler finished seventh in his 519 E-Racing Bugatti and Darcy Ford, who needed to finish ahead of MacAulay to keep the championship fight going, had to settle for eighth in his Ares Racing Ferrari, albeit with the bonus point for fastest lap.

Don Kasza made it a double-points finish for North Border Racing in ninth, while the True North Racin’ Renault of Seth McLuckie took the final point in 10th, ahead of the second Silver Hornet of Darcy Cudmore.

Qualifying was a tightly-contested affair, as MacAulay edged out the True North Racin’ Renault of Mike Marini by 0.016 seconds for pole position, setting a time of 1:15.621 seconds while Ford and Sullivan, the remaining championship contenders, started fourth and 11th, respectively.

After an early challenge from Cox, MacAulay got down to business, building an early lead before making his first pit stop at the end of Lap 10.

The ensuing cycle of pit stops meant Sullivan, who started on medium tyres instead of soft tyres, briefly held the lead as he tried an alternate pit strategy. However, his lead was short-lived, as MacAulay overtook him into Turn 1 of Lap 12.

Ford did his best to mount a challenge, getting into second place before spinning on the exit of the Esses Moises Solana on Lap 20, effectively dashing his title hopes as MacAulay cruised from there.

Here is the official results from the Taco Boyz Mexican Grand Prix on Thursday. 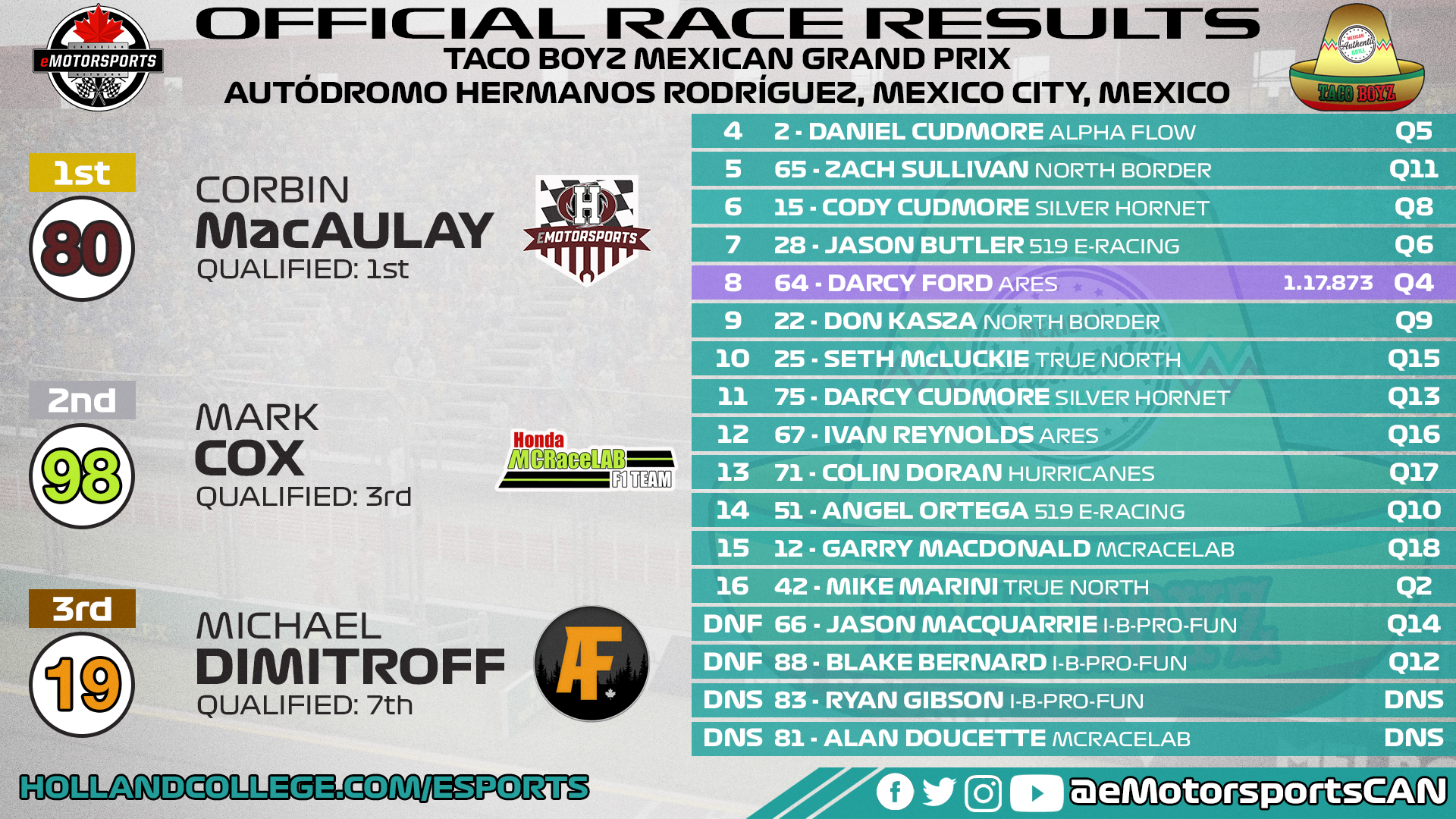 Here are the official standings following round 14 of the 2020 season. 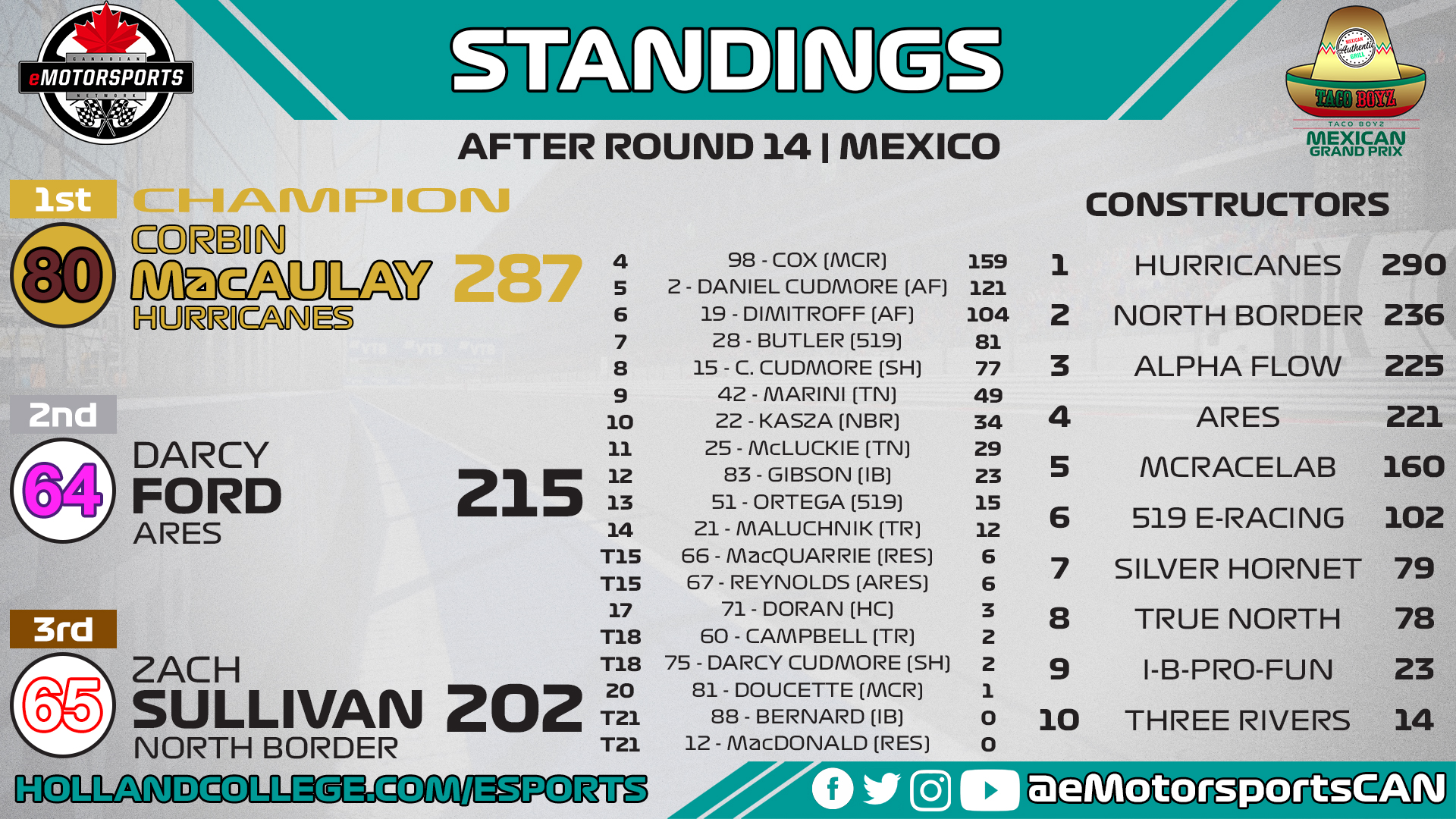