Once again, Corbin MacAulay found a way at the end.

MacAulay’s victory at Monza, along with the bonus point for the fastest lap to end the race, extends his championship lead to 21 points over second-place Zach Sullivan of North Border Racing, who finished third in the race.

Daniel Cudmore overcame an accident on the opening lap to bring home a fourth-place finish for Alpha Flow F1, while Jason Butler rounded out the top-five for 519 E-Racing.

Don Kasza made it a double-points finish for North Border Racing in sixth, with MCRaceLab driver Mark Cox just behind him in seventh, and rounding out the points finishers were Cody Cudmore for Silver Hornet Racing (eighth), Seth McLuckie for True North Racin’ (ninth), and Ivan Reynolds in the second Ares in 10th.

MacAulay started on pole for the eighth time this season with a time of 1:19.898 seconds, just under four-tenths clear of Sullivan in second.

Sullivan controlled the race in the early going, as he went head-to-head with Ford prior to making his pit stop on Lap 9, then reclaiming the lead on Lap 11 once the rest of the field cycled through its mandatory stops.

The race turned on its head on Lap 19, when the safety car emerged for the third consecutive week after Michael Dimitroff crashed his Alpha Flow Honda in the exit of the Ascari chicane. The safety car came in at the end of Lap 23, producing a shootout between MacAulay, Ford, and the 519 E-Racing Bugatti of Angel Ortega as Sullivan was unable to get a good restart.

However, Ortega would also crash in the Ascari chicane on Lap 26, which is where MacAulay would ultimately overcome Ford’s challenge on the final lap after trading the lead back and forth.

Here are the official results from the Cracked Device Co. Italian Grand Prix. 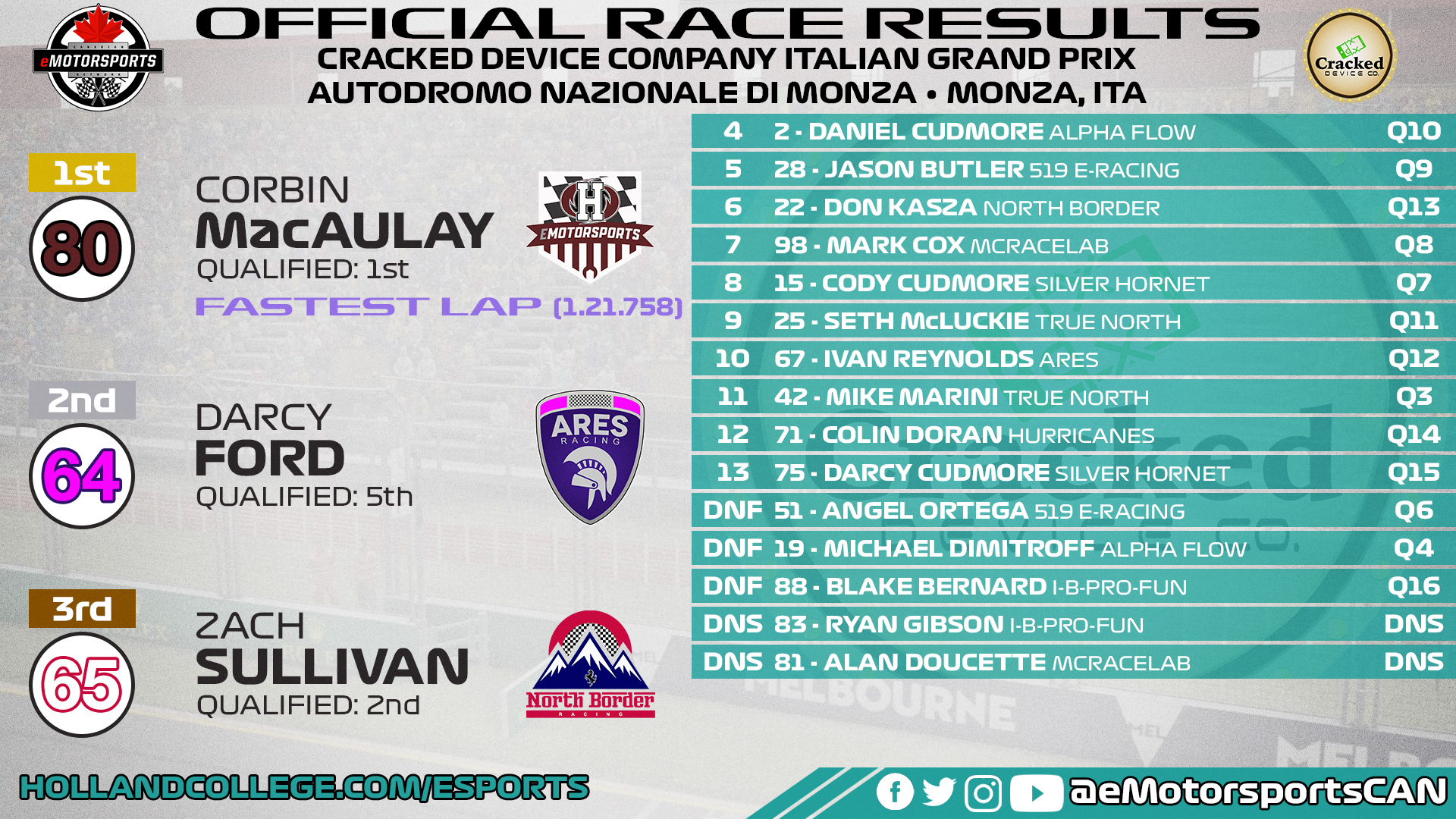