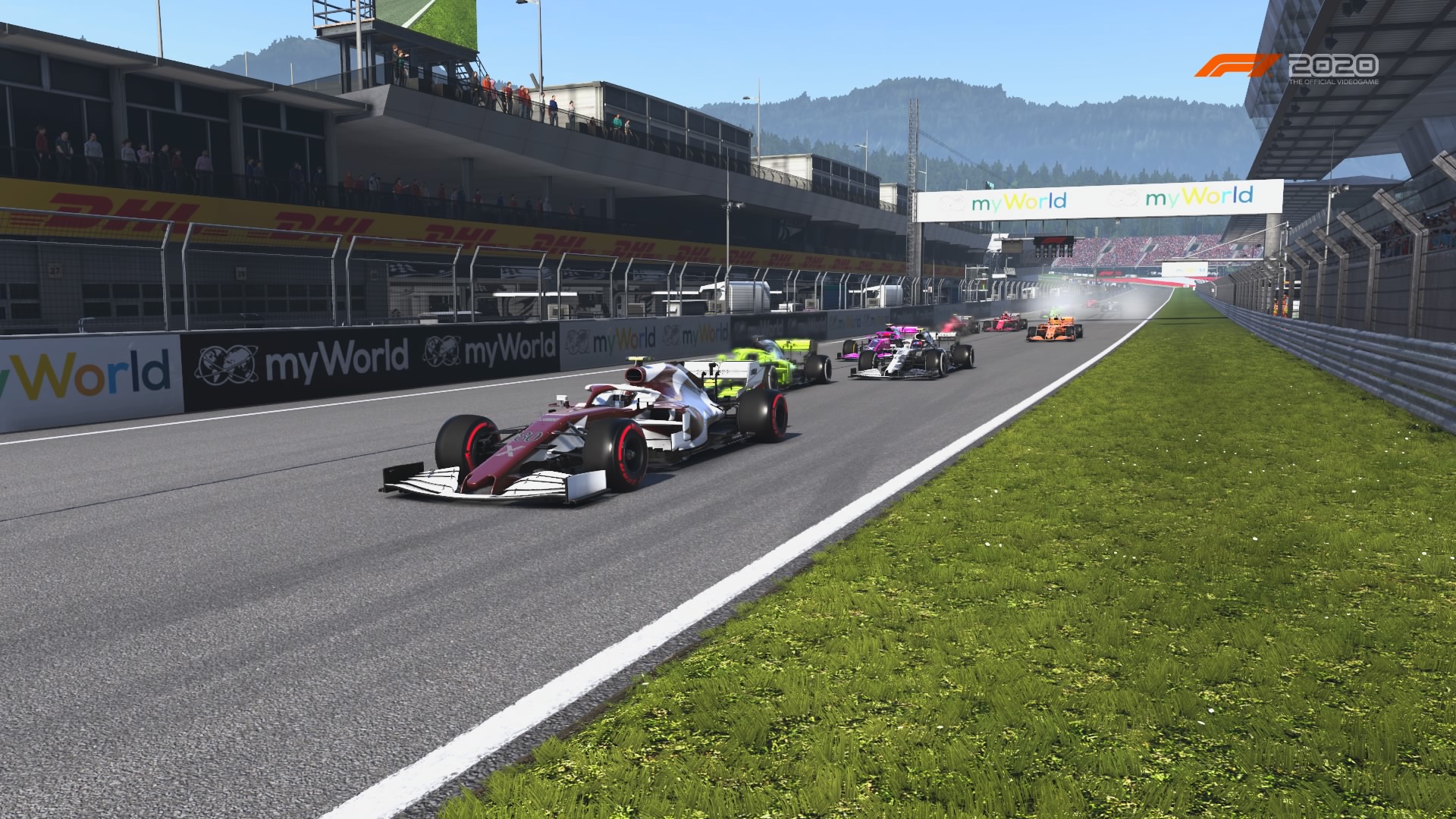 From start to finish, Corbin MacAulay was the class of the field for the second time in three weeks.

MacAulay’s Hurricanes eMotorsports Honda was quick off the line at the Red Bull Ring and never looked back, claiming his second victory of the Canadian eMotorsports Network Formula 1 Series season at the Rampage Coffee Co. Austrian Grand Prix.

MacAulay’s victory elevated him to second in the drivers standings, 24 points back of North Border Racing’s Zach Sullivan, who finished 18.442 seconds back in second place, though he claimed the bonus point for the fastest lap of the race with a time of 1:06.667 seconds.

Mark Cox finished fourth in his MCRaceLab Honda, while teammate Alan Doucette got on the board for the first time, coming home in 10th to score his first point.

Cody Cudmore turned in a superb drive in his Silver Hornet Mercedes, finishing eighth after starting at the back of the field, while the True North Racin’ Renault of Seth McLuckie (seventh) and the 519 E-Racing Bugatti of Jason Butler (ninth) rounded out the points finishers.

For the second consecutive week, drivers found a wet track waiting for them in the qualifying session, and once again, it was MacAulay coming through with a time of 1:12.843 seconds to grab pole position, nearly a half-second faster than the second-place Cox.

The track dried up for the drivers in time for the race, affording them the opportunity to select whichever tyre they wanted to begin the race. MacAulay opted for the soft compound, and he quickly got away from the field, only briefly conceding the lead after his pit stop at the end of Lap 15 while others stayed out longer.

The race featured plenty of competitive battles throughout the field, as Red Bull Ring provided plenty of overtaking opportunities all the way around.

The Formula 1 Series will experience a homecoming of sorts next week, as drivers will tackle the Circuit Gilles Villeneuve for the Fix Auto Charlottetown Canadian Grand Prix on October 8. Pre-race coverage will begin at 7:30 p.m. EST, with qualifying starting at 7:40 p.m. EST, immediately followed by the race itself.

Here are the official results from Thursday at the Rampage Coffee Co. Austrian Grand Prix.