The Hurricanes eMotorsports driver put up a dominant performance to claim his seventh victory of the season at the Summerside Toyota Japanese Grand Prix at the virtual Suzuka International Racing Course on Thursday.

MacAulay’s win, plus the bonus point for the fastest lap, extends his lead in the driver’s standings to 44 points over second-place Darcy Ford of Ares Racing, who finished second at Suzuka after starting at the back of the field.

Mike Marini came home eighth for True North Racin’, while North Border and Ares made it a double-points night with Don Kasza finishing ninth, while Ivan Reynolds got home in 10th.

Through the majority of the qualifying session, Cox appeared poised to take pole position, but later in the session, MacAulay posted a time of 1:28.281 seconds to grab top spot, relegating Cox to the outside of the front row.

The competition was fast early in the race, with MacAulay unable to build a significant gap over the field in the opening laps.

However, a spin from Cox and a time penalty given to Ford for speeding under a virtual safety car meant MacAulay found himself with a nine-second lead before he made his pit stop on Lap 9, ultimately reclaiming the lead on Lap 15 after passing Daniel Cudmore, whose medium compound tyres had begun to wear as he stayed out later.

From there, MacAulay cruised to the chequered flag, ultimately winning by 23.603 seconds to put himself that much closer to the championship.

The Formula 1 Series will begin a short tour of the Americas next week with the United States Grand Prix, from the virtual Circuit of the Americas, on Nov. 26 beginning at 7:30 p.m. EST. 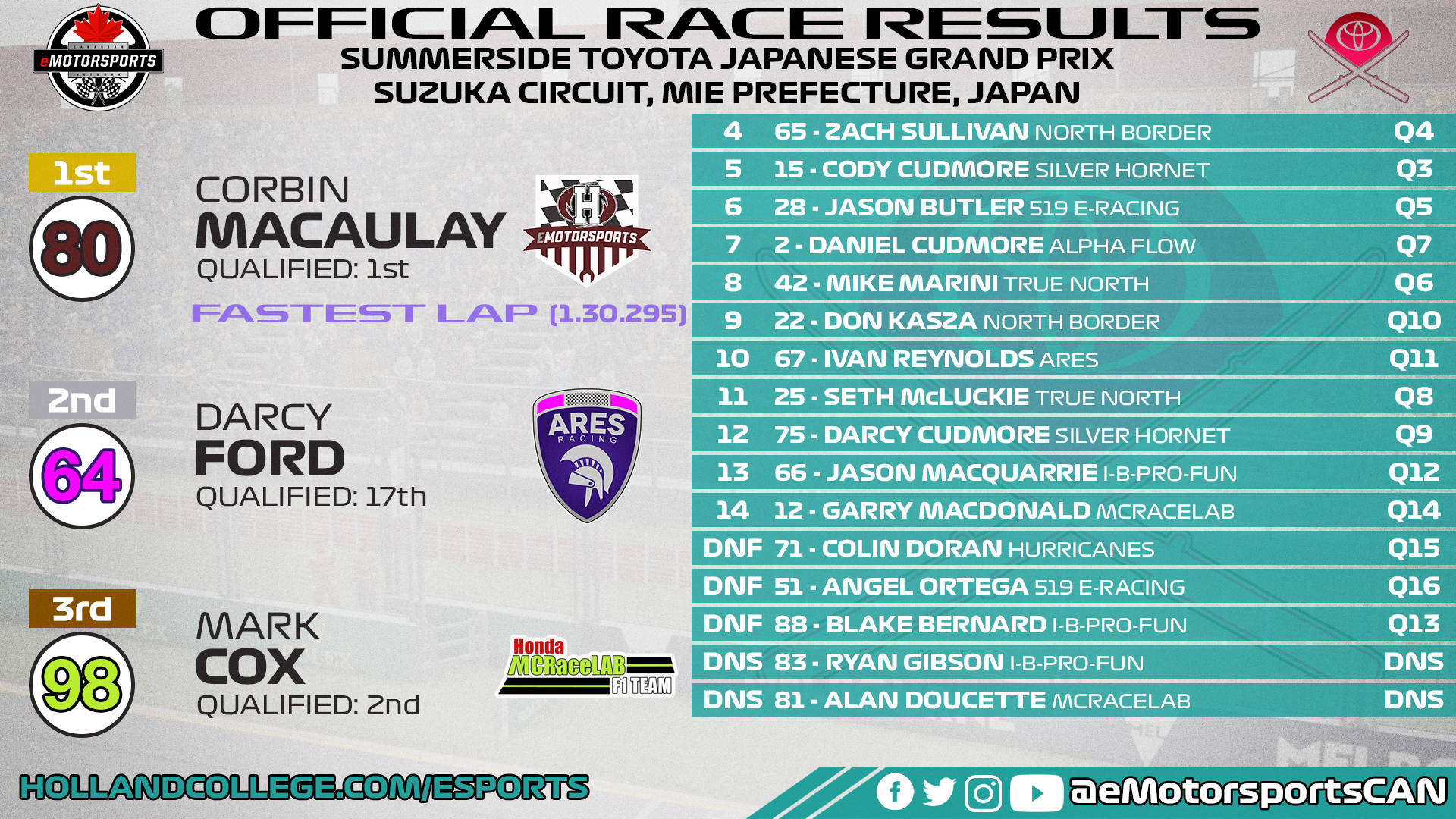