It was an exciting end to the Round-of-12 for the Canadian eMotorsports Network NASCAR Series Playoffs on Tuesday night as drivers competed in the Pepsi Roval 200 at the Charlotte Motor Speedway.

Scott Bailey (Michigan, USA) was the class of the field in his NBR Motorsports Chevrolet Camaro, winning his second straight race, and third of the season.

Chad Hyder (Ohio, USA) was able to produce a clutch performance, starting the evening two-points back of advancing to the next round, but falling to four-points back entering the final stage of the race.  He quickly moved through the field, finishing in second place, and pulling even with Daniel Cudmore (PEI, Canada) for eighth place, where he would win the tiebreaker for having the best finish between the two drivers during the Round-of-12.

Ryan Gibson (West Virginia, USA), Trevor Kinsey (Michigan, USA) and Corbin MacAulay (PEI, Canada) would round out the top five in the race.

To begin the race, Bailey would start 12th while Jose Mercado (Florida, USA) won the first stage, and Bailey took the second stage.

Here are the official results from the Pepsi Roval 200 at Charlotte Motor Speedway. 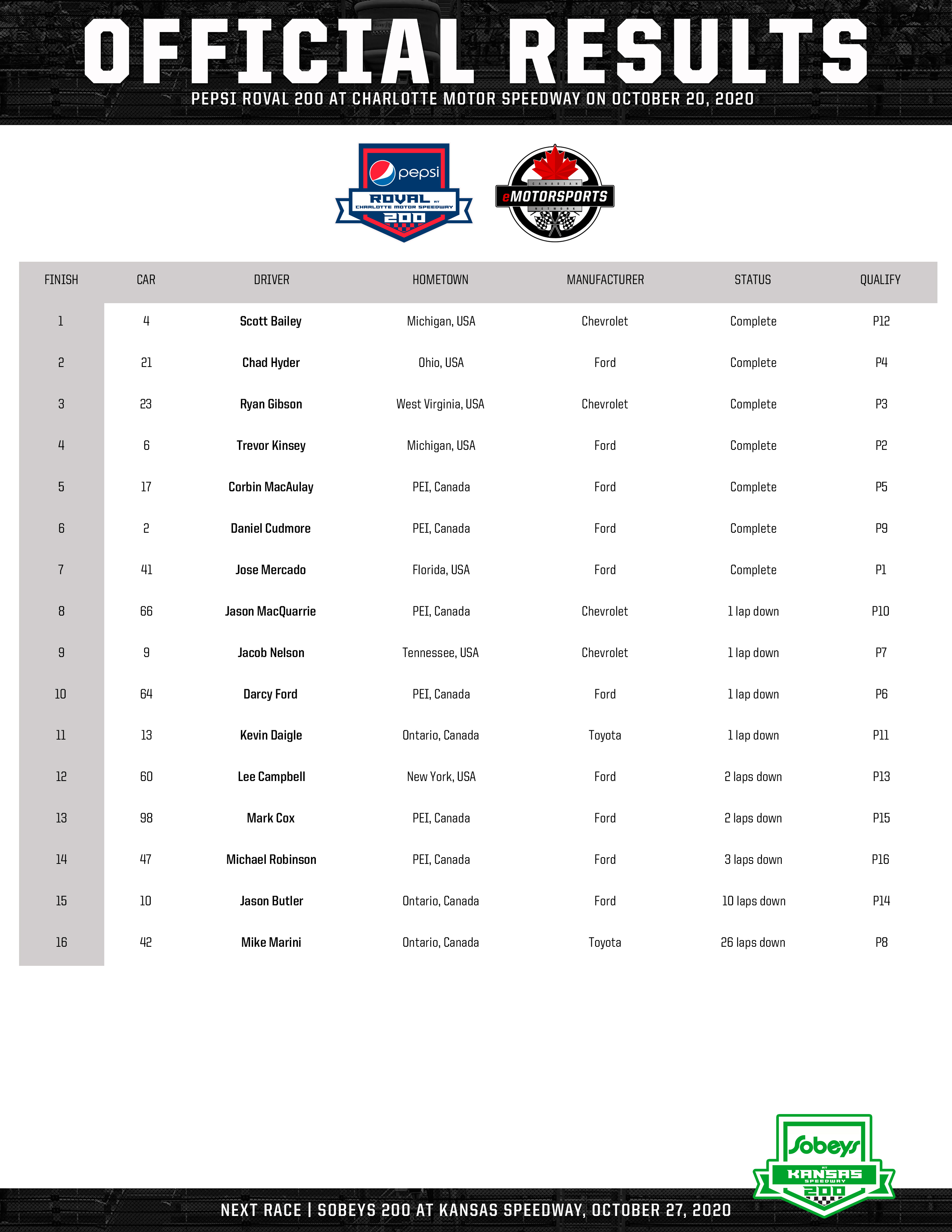 The series will now focus on the Round-of-8, beginning on October 27 at the Kansas Speedway for the Sobeys 200.

The top four drivers during the round will advance to the championship race on November 17 at the Phoenix Raceway.

Here is how the Round-of-12 finished after Tuesdays race. 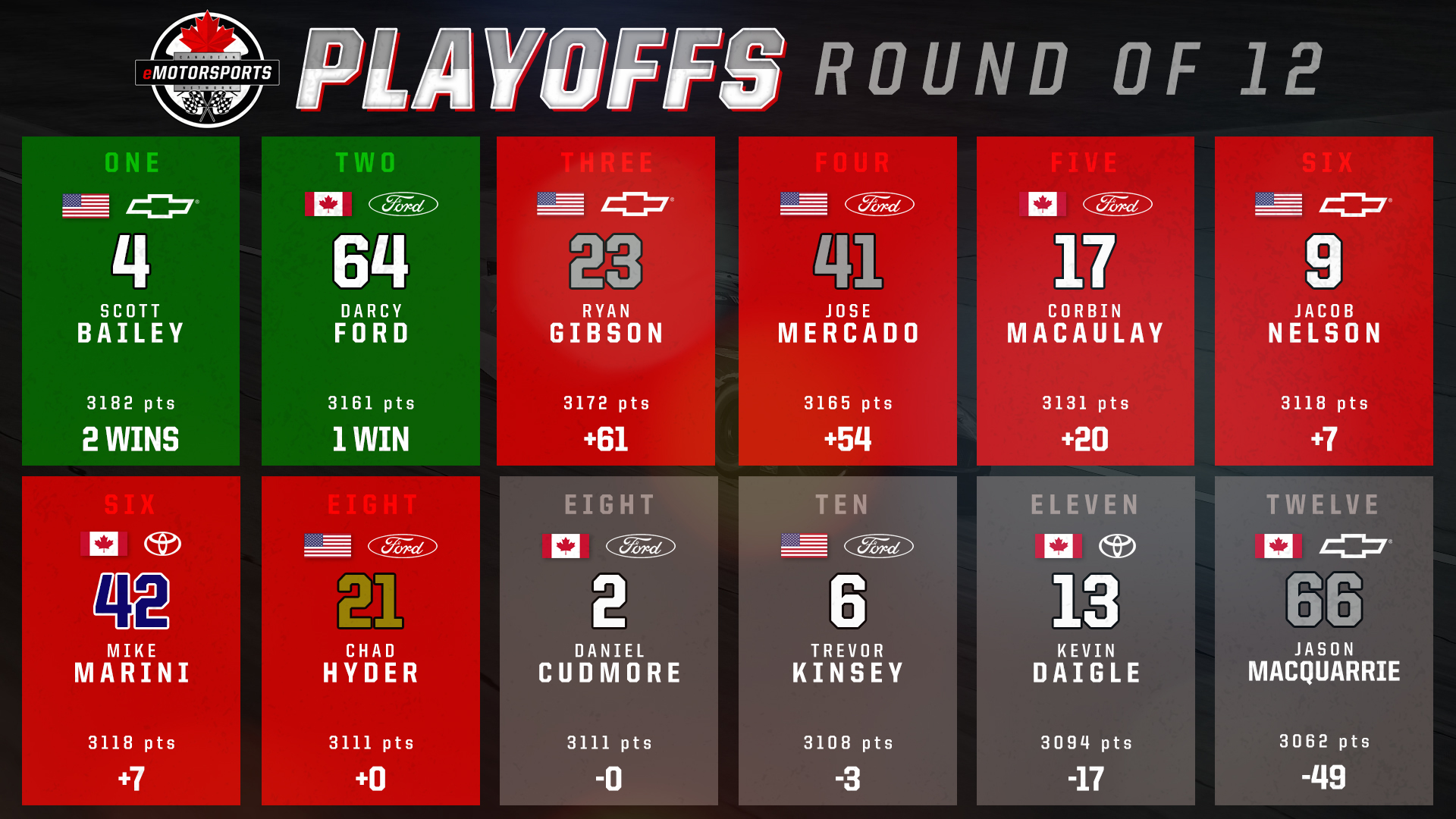