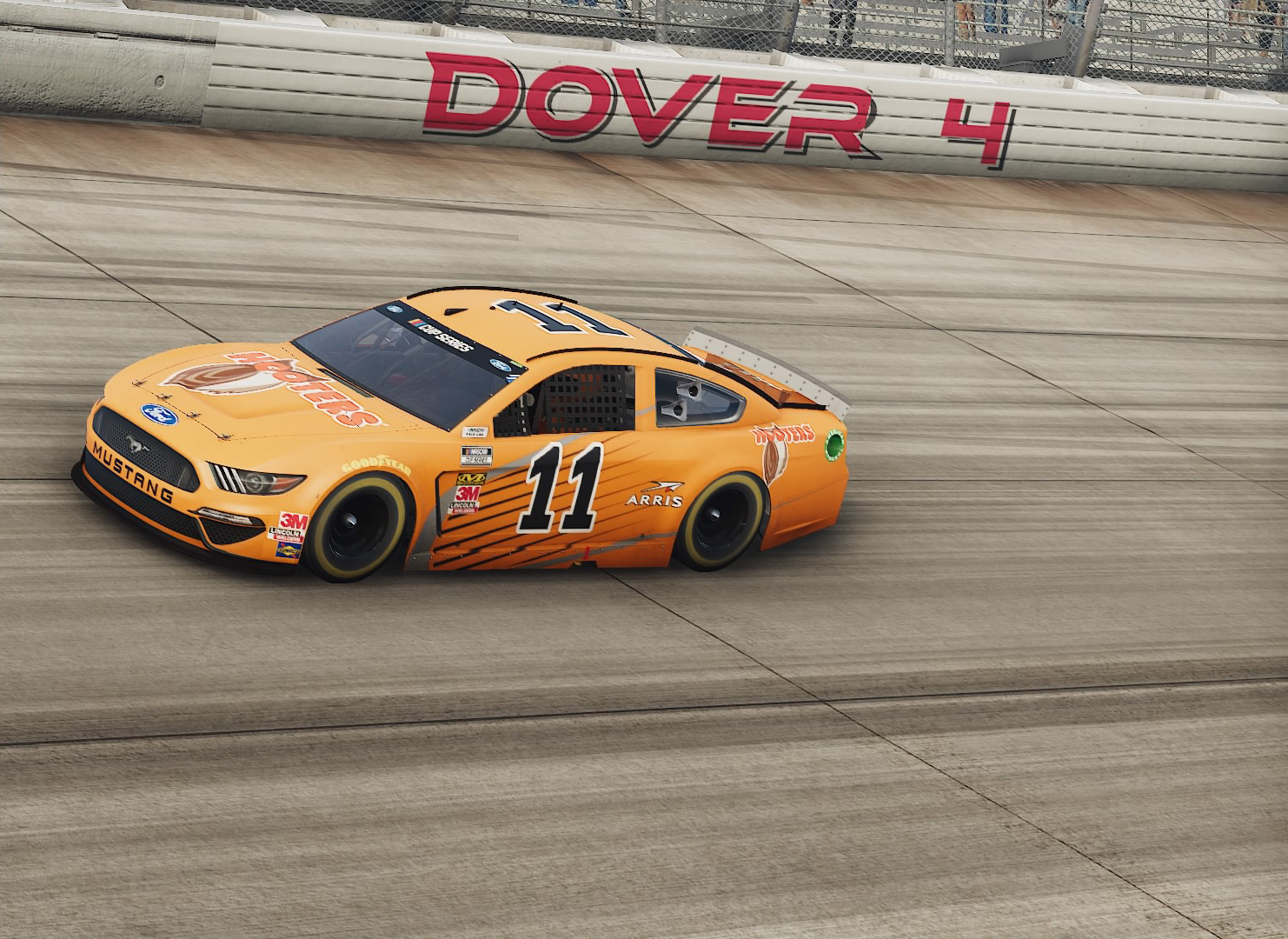 The 200-lap race over three stages turned into a fuel saving race for the field as they attempted to stretch their green flag run to the max.  With fuel maxed at approximately 36 laps, the field was forced to pit, or save aggressively, to make it through the 37 lap first stage without pitting.

A second stage of 78 laps and third of 79 laps forced the field to use multiple strategies in the race.  Drivers either pitted twice under green flag racing, or saved enough fuel to pit just once at the midway point of the stage under green.  The leaders were the drivers that were able to limit green flag pit stops and save fuel.

The win was the second of the season for Bailey, who takes over the lead in the driver standings.   Darcy Ford (PEI, Canada, Atlantic Motorsports) was the winner of the first stage, while Bailey took the win in the second; they each earn an additional playoff point for the finish.

In total, four drivers have qualified for the post-season with wins this season through five regular season races.  Darcy Ford began the season by winning at Daytona, followed by Bailey at Phoenix, Corbin MacAulay (PEI, Canada, Red Dirt Racing) at Kansas and Marini at the Canadian Tire Motorsport Park last week.

The series will now make its way to the Michigan International Speedway next Tuesday, March 9, for the Domino’s 200; race six of the 14-race regular season.

Here are the full results from Tuesday at the Cooke Insurance Group 200 at the Dover International Speedway.

Here are the driver standings after race five of the 2021 regular season. 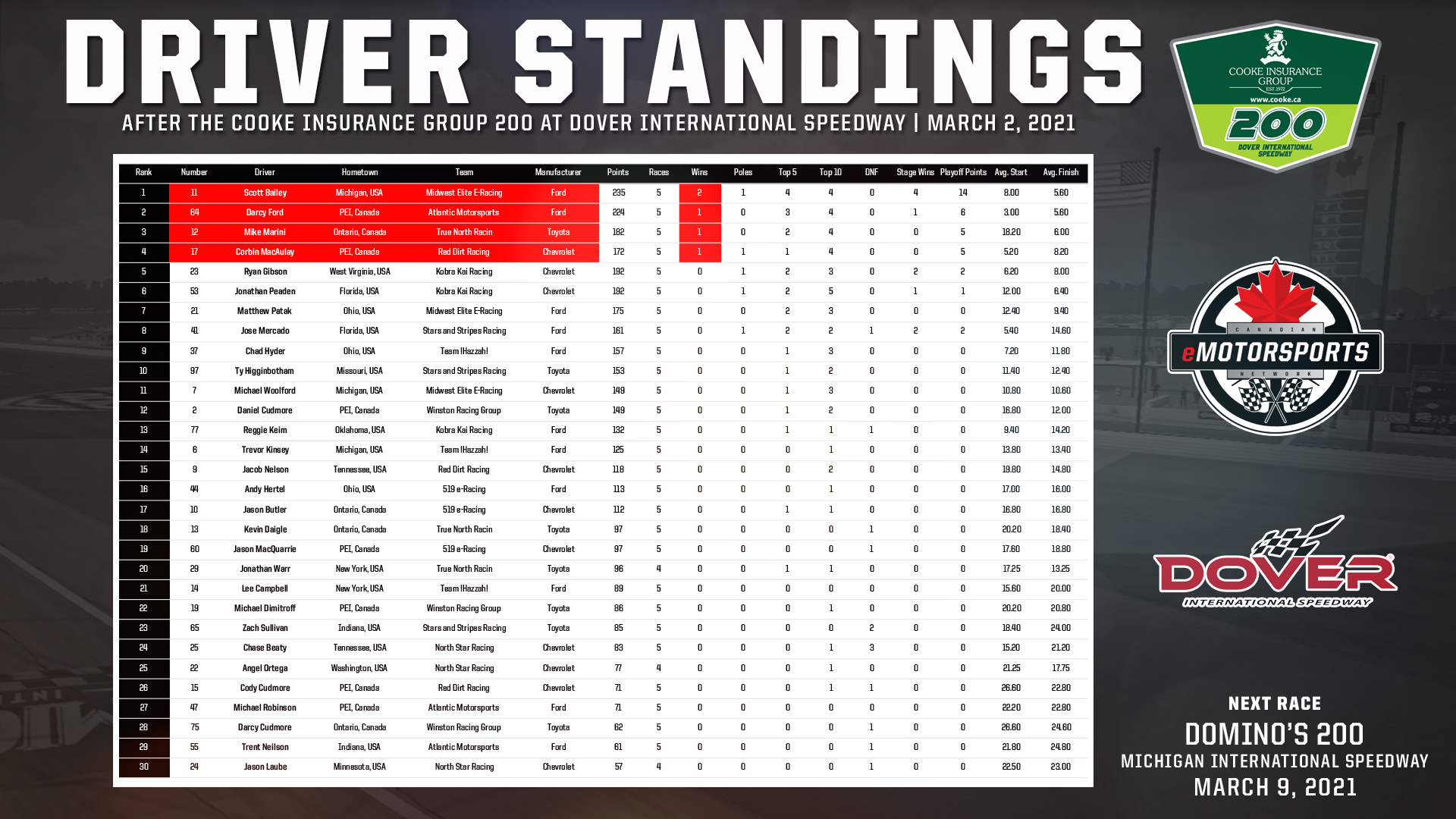 Here are the team standings following the Cooke Insurance Group 200 on Tuesday night. 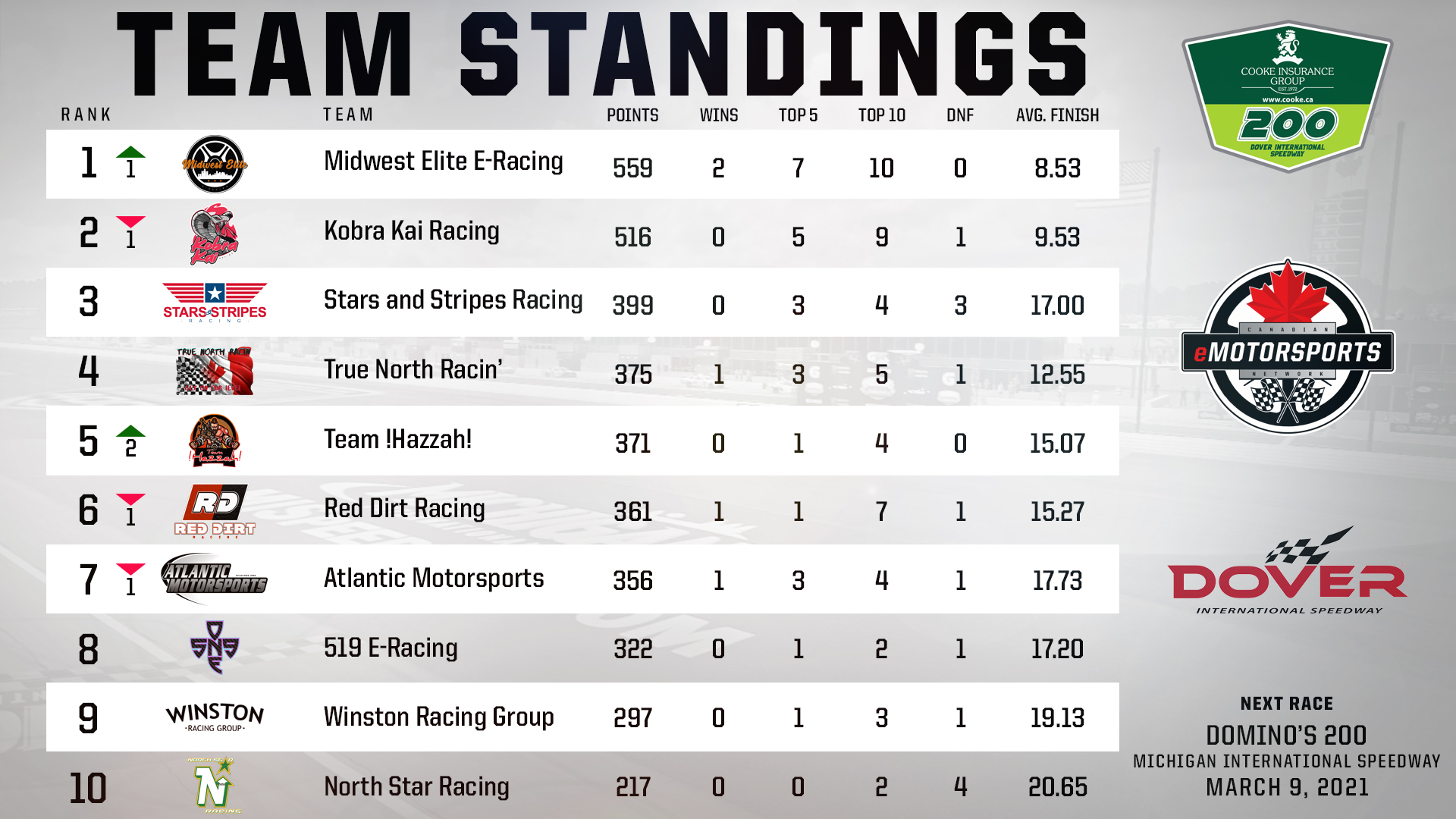